Breakfast was amazing. I had something called a Big Haul breakfast and Sarah had a nice dish with some sort of cinnamon toast/pancake concoction. 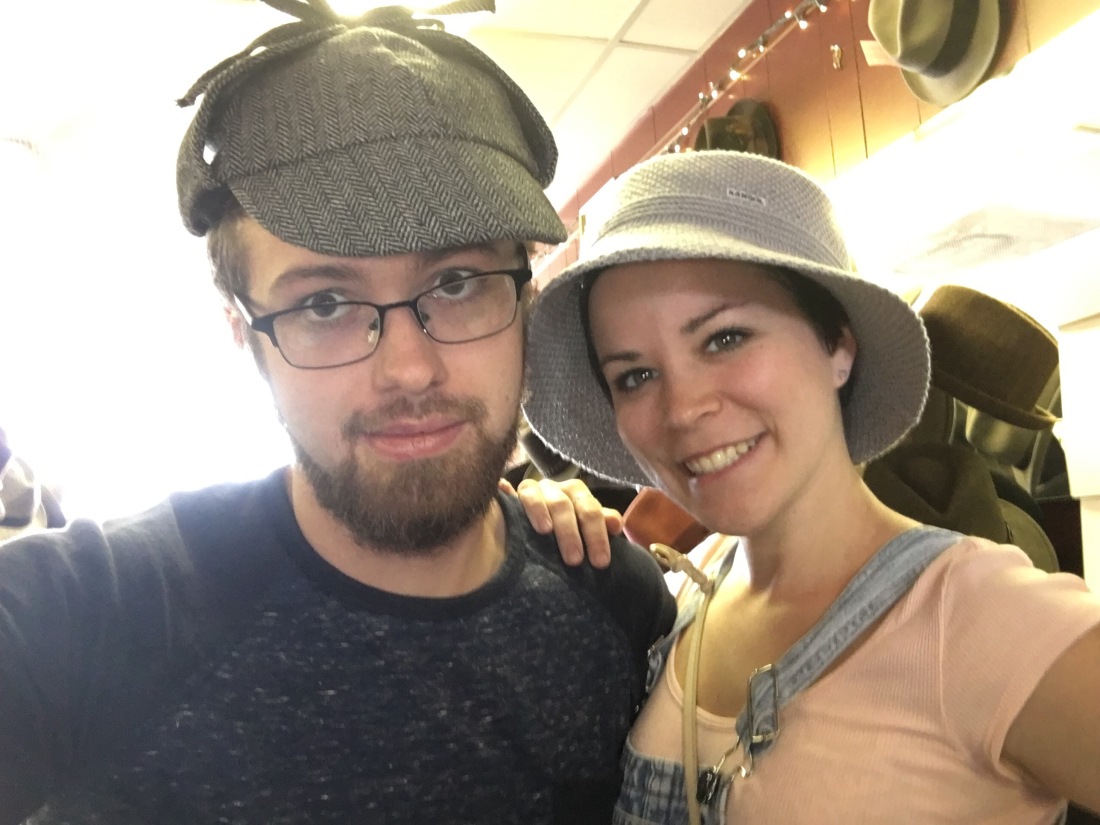 We didn’t make it to that Georgia O’Keeffe museum because we had the misfortune to wait inside a tattoo shop within Central Albuquerque for almost an hour. That scared us away, especially when the guy came out with the worst renditions of our requests that I’ve seen in a while. So no tattoo and no museum. What a bust. 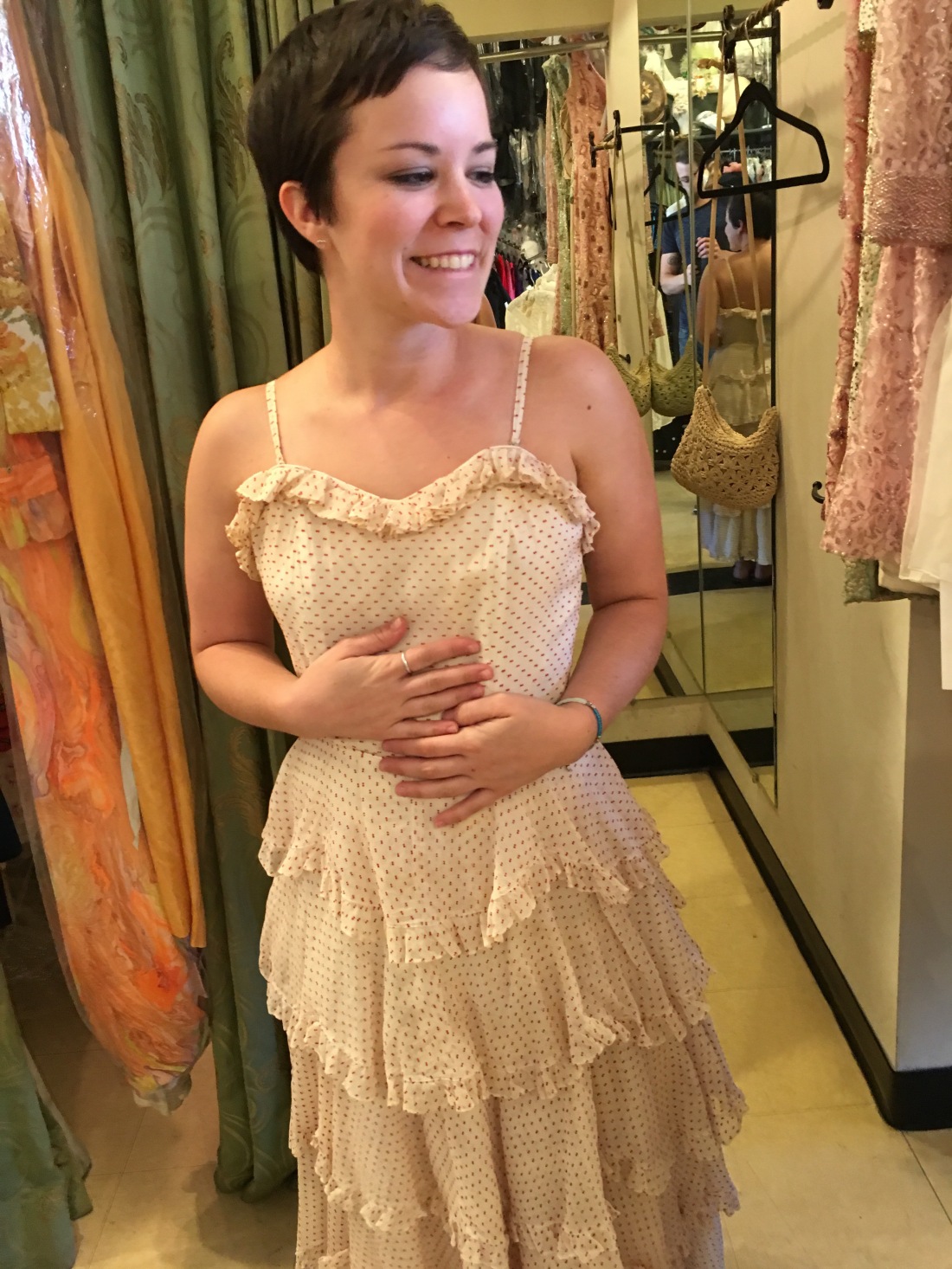 The rest of our time in town was rather pleasant. We tried on hats and I even got Sarah to try on this beautiful vintage dress that was worth all the gold in the world if you wanted to see a smile unlike any other. Sadly, Sarah is a practical woman and so I couldn’t buy it for her due to the outrageous number drawn onto its tag.

We checked out this comic shop at the behest of my brother on Facebook where Sarah found a comic book written and drawn from a New Mexico native titled Sadman. I have an old screen play from when I wasn’t yet a man with that name as well. Both main characters were superheroes with shitty costumes, but I chose not to read anymore of it because I don’t know – life is good. It’s probably not the same as mine. Probably. Yeah.

This skate shop had this boss ass Pitbull roaming and keeping guard. We petted him and he payed us no mind, instead he kept watch.

When the drive finally started, Sarah attempted to play a game about guessing animals with me. Apparently I do not know that many animal names, so we had to switch to Would You Rather? Which was all kinds of fun. 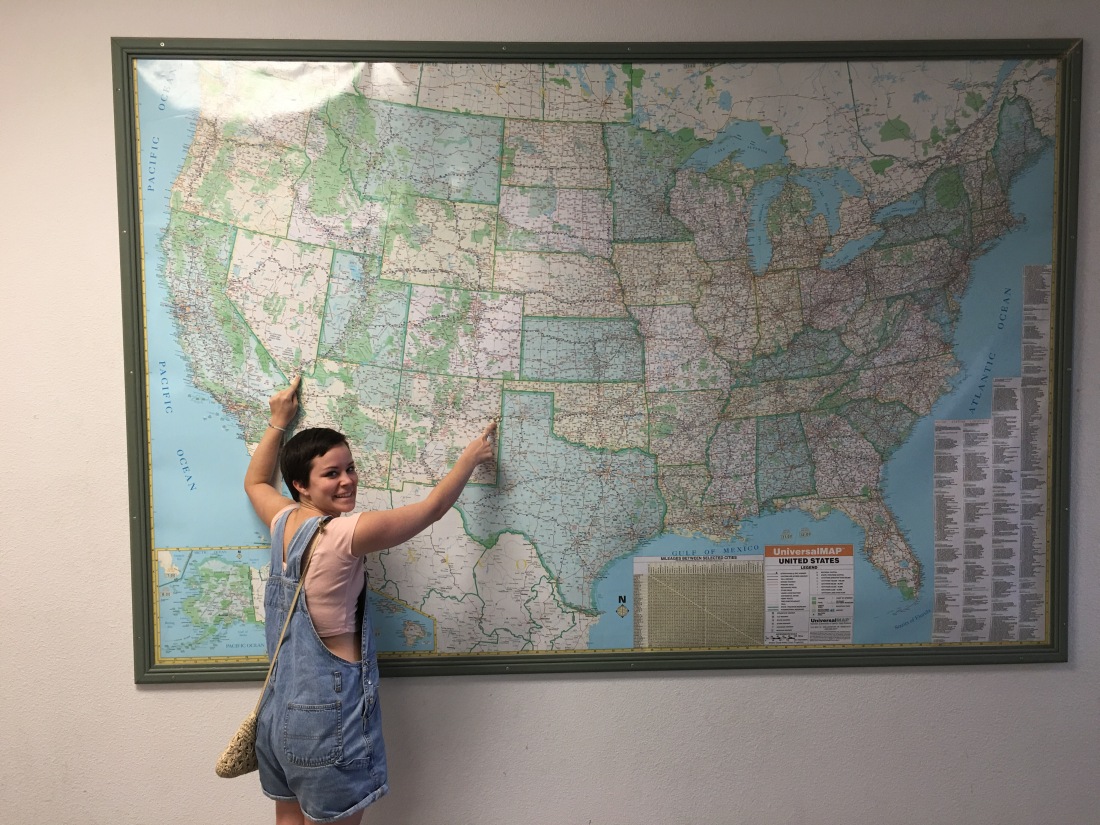 Rain poured all throughout the mountainside of New Mexico and into the plain and winding roads of Texas.

We stopped at a Rudy’s where we both ate a big ass potato stuffed with brisket. I had me a Texas beer called Shiner (my favorite) and Sarah had her an Ultra (healthiest beer on the market). Afterward we hung out for a bit, resting our poor backs and legs. With another set of engorged bellies, we were off. Some toads were hanging out by a drain pipe beside our car. That was cool.

We smoked a blunt and I had a panic attack. Sorry babe. She had to drive the rest of the way. Music helped me settle and I began to dance inside the darkness of the countryside.

After finally making it to the apartment, Sarah and I both passed out, unsure of our futures, but ready to take it on with gusto.

P.S. Sarah read a few passages of my book, even writing down some notes. I’d love any critique from her. I also finally sent a few pages to an agent. That’s a whole lot of crazy right now. So much is happening so quickly.

I need to call my mom right now.